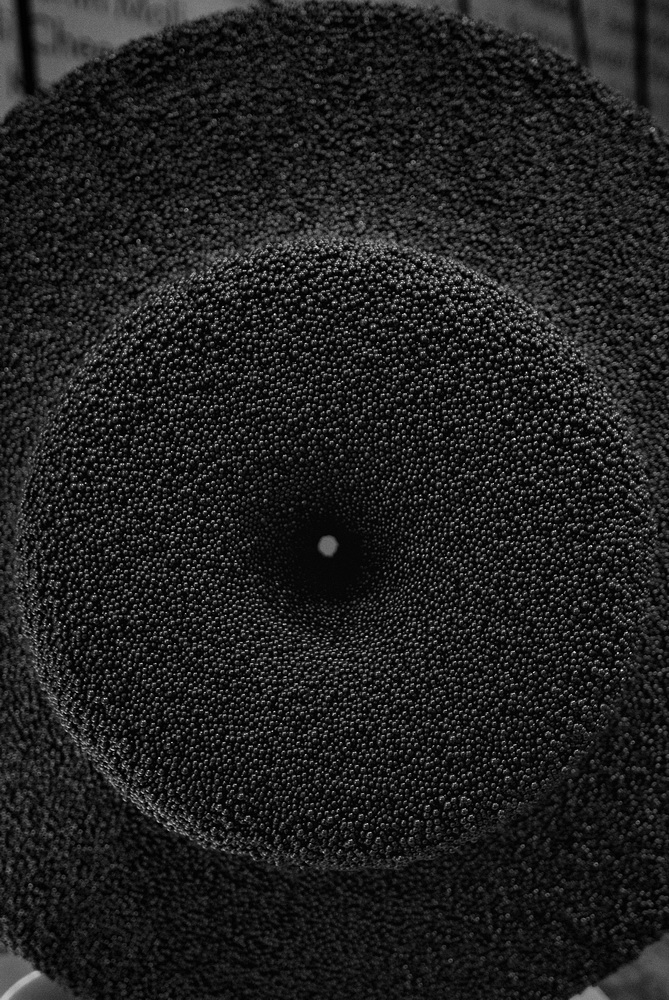 “The strangeness will wear off and I think we will discover the deeper meanings in modern art.”

The event was “Inbox – Ramaniyam 2015” at Hill Fort Palace, Hyderabad.

Male, Homo sapiens, of the friends persuasion thought it would be a good idea to drop by the place and see what we could photograph.

Our brains have been addled to the point of absolute non comprehension. With respect to whatever passes across our line of sight, drags itself obstinately across our conscious mind and meanders under our noses, we are mostly aware. Awareness, however, isn’t necessarily a precursor to understanding or intelligence. It stops you from being run over by that viscous cloud of black fumes carrying meat suits between bus stops. There are, after all, worse ways to die. On your knees. In the dessert. With a knife dragging itself across your throat, like a kid being dragged across the toiletries aisle at the local mega mart by a parent who takes no particular delight in the act but understands it’s just the way some things have to be.

So. Where was I before I started belittling essential matters?

Our brains have been addled by that terminal condition we call life. In a nutshell, a nutshell is a domicile is a nutshell, we didn’t know how to approach the modern art installations at this place.

So, we did the only sensible thing and made fun of everything we saw there.

Also. The place, Hill Fort Palace, is beautiful by itself in all its decrepitude. A few tube lights here and there and voila!

Not an installation, fyi.

I shall leave you with this. A short video of a performing piece of art.