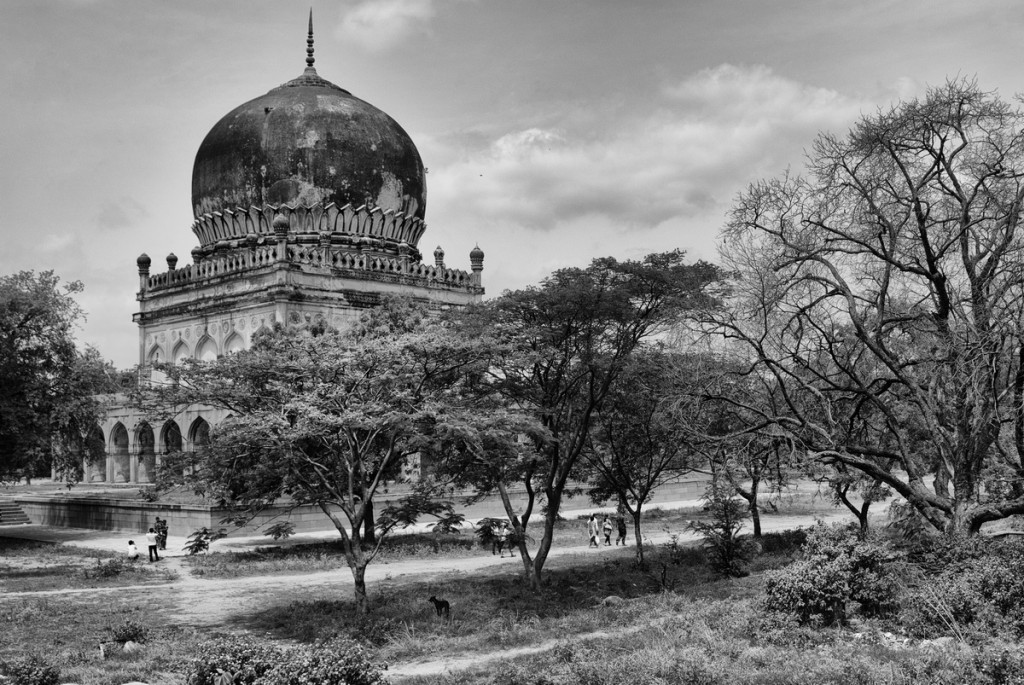 Hyderabad, like any city with its considerable share of rodents and humans, exists in a constant state of flux – the diarrhea of life flows uninterrupted. People from all over the world – the city has a certain propensity for the Muslim nations, easily explained by its origins – call this organism, with its arrhythmic ways, their home away from home.

Homogeneity, if you are privileged/entitled enough, is a heartwarming experience of sorts  – especially in a country polarized across so many lines that the simple act of getting up in the morning and not killing anyone on the way to work/the bank/supermarket/taking a shit on the railway tracks, is an act that just isn’t commemorated enough. Apparently aiding and abetting the spread of nationalism through the act of knocking a round piece of cork wood with a flat wooden blade for around two decades will get you those awards much quicker. Or so I’m told.

All in all, we are a balanced lot. We don’t hold hands and jump to conclusions and we don’t take pitchforks to the homes of those that cook differently from us. Mostly anyway. The obvious cause and effect situation, courtesy of a deeper malaise affecting a country that holds the answers to everyone’s problems – if only someone would ask the right, double spaced, right aligned, questions.

However, once in a while there are tremors – the sense of complacency is shaken. And it brings into focus certain uncomfortable, pushed under the rug and pancaked for a rainy day, truths about ourselves.

What is it really? On a personal level I mean. Among other things, is it my paranoia, which is bringing to the fore those latent vapors of racism – always floating, ever toting? Could it be something as blase as fearing the non-brown inhabitants of our city? The brown ones too sometimes. Surely not! Elevated consciousness, exposure to different cultures, mingling with the local non locals – we do it all! I do it all! But wait. What of the uncomfortable peace that we’ve accorded each other – the one with the fissures running along its sides, threatening to rip when random acts of senseless violence make their way to the front page of whatever rag you patronize? What of that, I ask myself with a dramatic, inner monologue, flourish?

Well. It’s not the grand spectacles of structured, premeditated violence that shock me. They do. But it’s a way of life now. Like taxes. Or hoping one doesn’t get lynched for what they said on Facebook in passing. We accept it with a degree of equanimity.

No. It’s the little things. It’s those incidents, which much like the smell of achaar on your fingers, linger on long after the act, the process.

Towards the end of our walk we noticed a man coming up behind us. The area had been cordoned off and we were where we were because of the person taking us around – an official with the Aga Khan Foundation.

A site, especially one undergoing restoration at a state level while simultaneously vying for a UNESCO heritage tag, is a gaggle of officials marching to and fro from the great anthill of bureaucracy, all under the aegis of the wonderful folks over at the general mismanagement of public funds department. That, however, was not the case. I’m quite possibly being a pessimistic, anti development, anti nationalist, turd. It’s possible. It was a tightly run ship at the location from what little we saw and were told.

Maybe he’s an official or a reporter or just a Muslim gentleman who’s lost, we thought to ourselves – always ready to assume the best of people. The gentleman with us turned to this person and told him he was trespassing, this was a closed area and he wasn’t allowed here. The man in question (Caucasian at first glance because general knowledge tells you that 9 times out of 10, white skin is united, free and American), in broken English aided by staggered gesticulations, told him that he was just trying to take pictures. And that he was lost. At this point, the radar started making that noise without the visual of an incoming threat. Isn’t that always the case?  The path where we noticed him was not an easily accessible area. There are boards and signs telling the general public to stay out. So at some point, he ignored/didn’t understand that. Walked through a gate that was closed. And/or jumped over a barricade. Not to mention that this gentleman had the practiced gait of someone trying very hard to look like a tourist but really isn’t. But hold on. We haven’t boarded the Paranoid Express yet. Still at the station of Dubiousosity.

Since we were nearing the end of our walk, we asked him to come along with us. He followed us and left the area before us, as we had stopped to talk some more. Friends were of the opinion that this man was from one of the “smaller” central Asian countries like Turkmenistan, Uzbekistan, etc. I thought he sounded Russian but then life outside of movies exists as a Moby Dicksian miasma of unnatural events – forever in the pursuit of that which evades me.

Anyway. What was it that actually threw us off about this person? Why was there room for suspicion at all? Tourists get lost all the time. Well. He was wearing a Kurta Pajama, attire typically associated with Muslims. Hold on now. Before you tell me that all terrorists aren’t Muslims and all Muslims aren’t terrorists and all broccoli is not flatulent in intention and purpose, hold on.

He was built like a body builder, he didn’t look lost and his demeanor gave you the impression that there was more purpose to his being there than he was letting on. And if I wasn’t paranoid enough, my friend as we are leaving the place, jokingly says, hey you guys remember Headley?

You can stop holding on now. Proceed to let loose.

Paranoia is a funny thing. Takes very little to unravel the threads of rationality. Believers of the arcane, archaic and Abrahamic faiths have it easy – mystical beings behind everything. The book told them so. The face in the side of a building smiled beatifically at them. It was definitely that one dream that one time. What about the poor, damned, souls? The ones without these support structures – what do they do when confronted with a situation that has them torn asunder between what is and what could be? We deride ourselves for injecting our veins with that potent cocktail of myopia and prejudice, simultaneously judgmental and sometimes, downright racist. But once you taste it, it only seems natural, slipping into its haze at the slightest provocation.

We wouldn’t think that of a Caucasian man now would we? Maybe we would. Depends on the street number, area and the last time America tried to liberate that region.

Maybe he was just a simple, well built, smartly dressed, tourist who got lost. After all, there is literally no evidence to suggest otherwise. Literally. None.

But the mind wanders. And isn’t that such a shame.

Anyway. Photographs from a wonderful walk around the Qutub Shah Tombs. Very educational. Lovely to see the restoration work taking place at a healthy pace. Matters of government inefficiency, the silliness that is quite often the ASI (Archaeological Society of India) and your ever prevalent opinions sprouted by people on the sidelines who seem to know what should be done with such places aside, it is heartening to see something being done to keep the place alive.

While it’s easy to rebuild a facade, it takes a lot more to keep the dead alive in our collective conscience.