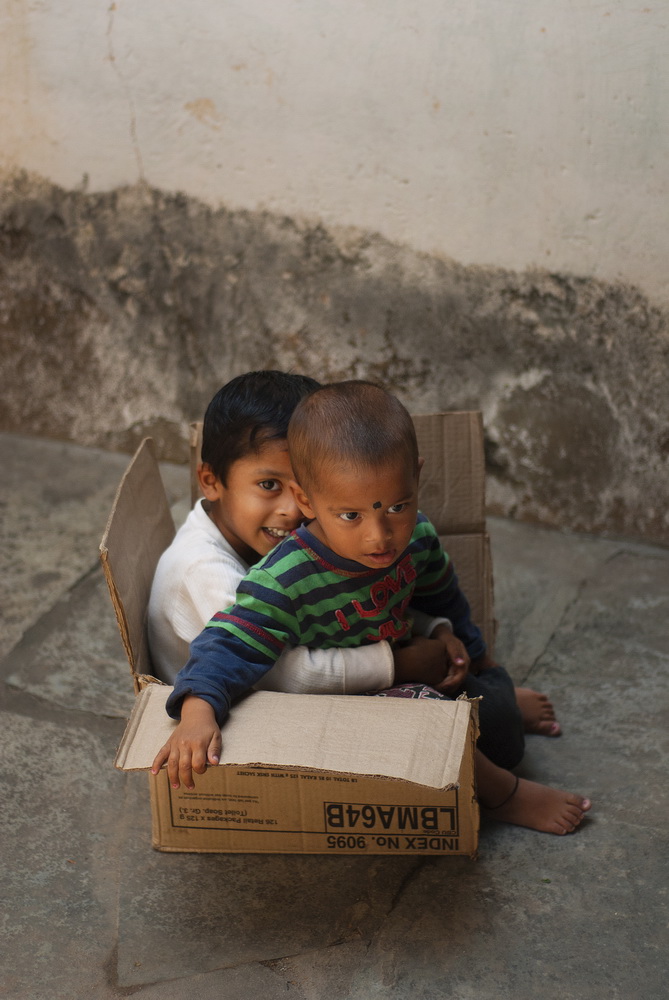 “Sivananda Rehabilitation Home was founded as a charitable institution in 1958 by Rani Kumudini Devi in Hyderabad, Andhra Pradesh, India to serve the needs of people affected by leprosy. Since its founding, SRH has grown into a large well-known institute housing more than 500 patients. The mission of the home is to prevent disability, provide adequate medical care to destitute patients with leprosy and tuberculosis, as well as to reduce the occurrence of new cases through community education. SRH also provides patients with rehabilitation and occupational therapy necessary to integrate back into their community. As part of the institute, Ramdev Rao Hospital was established in 2002 on the SRH campus to provide quality care at affordable cost.”

To know more about what the organization does in its fight against leprosy and how you can help, please visit this link.

A very dear friend and all round awesome human being was commissioned to create a film on what the home does. I saw the first edit and apart from being duly impressed, I found myself wanting to visit the place. Take photographs. See if I could maybe manage some portraits.

I have a problem with photographing people  without first announcing who I am and asking them if it’s okay to photograph them. That was probably an approach not best suited to such a place. In fact it’s not an approach suited to street photography or pretty much any style other than landscape. I could be wrong and most probably am too. Thankfully, it was not something I had to embark on alone. Joined by Pranav, aforementioned awesome human being, we dropped by the home earlier this week. Pranav need some exterior shots for his film and asked me if I’d tag along. I did.

I really wanted to photograph Dr.August-Otto Beine after seeing him in the film and reading up on him. That, however, did not happen.

But I did end up walking around the premises with Pranav. It was a quiet walk. Occasionally punctuated by our conversations with the patients and their caretakers.

We didn’t ask for their names. It seemed hollow. To me anyway. I could try and explain why, but I don’t think I’d make much sense or prove anything worthwhile. Their story is what’s important. Finding ways, opening dialogues and fighting the stigmas associated with the disease – that is important. To inculcate in ourselves and the generations to come – a sense of what is important and valuable. To have perspective and gratitude – that is important.

Before I get to the photographs though.

The ward where the terminally ill reside is called the “Twilight Ward”. I wasn’t comfortable with the idea of going and photographing the men (women have their own, separate section) in there. Not because I’m squeamish about death, illness or suffering, but because I can’t, to my own mind, think of a more intrusive act than photographing the dead and dying. I know. A lot of points can be made against what I’m saying and all valid. It’s about the situation. The context. The story. The importance of why and what. I think of Ken Jarecke’s personal account of what went through his mind, before and after, he took that photograph during the Kuwait war every time I lose perspective. This is not to say that one can necessarily compare and equate photographers and their work in conflict zones with those in cities documenting the human condition. But like I said, to my own mind.

In 2009, I was on my way out of a small village in Uttarakhand when our jeep stopped at the site of a landslide. At that point in time it was one of the most disastrous landslide in the state’s history. It was two days after the calamity (cloud burst at 3 in the morning brought down an entire mountainside. 3 settlements along it’s sides were washed all the way down to the river) that I found myself there. Waiting for the army bulldozer to remove the debris so that traffic on the single track road could resume. It was raining and the road was an absolute mess. Whatever little of it that remained. We waited 2 hours for them to make a decent enough path at the precipice of the hill for the vehicles to cross. In those 2 hours, there were rescue operations under way. They were still looking for survivors. The air smelled of rain, diesel fumes and rotting corpses. I couldn’t bring myself to photograph the scene. I did nothing. Just waited in the jeep.

When we entered the Twilight Ward, I half expected the men to yell at us. To tell us that we should fuck off with our cameras since that really wasn’t what they needed. Photographs don’t heal people. They don’t grant life. They don’t do away with disease and sickness.  They wanted to be left alone. Like they were left alone and let down by their families and quite possibly, by themselves.

That is not what happened. They didn’t smile for the cameras but they didn’t condemn us either. We took our pictures. And when I was leaving, this 88 year old man, Hussain, stopped me. And said, wait. I did. He then put on his woolen cap. One of the few possessions that I could make out from what lay around him on the bed and side table. And asked me to take his photograph. He attempted a smile too. I showed him the photograph I had taken. He thanked me. Asked me to send him this photograph when I could. And just like that. I was flooded with rage, sadness, gratitude, helplessness. Two boys taking photographs and showing them these photographs was probably the most interaction they had had in weeks. Outside of their attendants of course. I felt pity too. But not for them. None of them. For the people I know. For the ones I don’t know. The ones without gratitude. The ones without perspective. The ones that can fake compassion on a good day. The ones that offer intellectual platitudes by way of assistance and help. I felt pity for me.

And this is just one type of rehabilitation center, in one city, in one country.

I’m inclined to agree, my cynicism and nature aside.

The black and white portraits were edited to focus just on the face – with everything attached to it, physically and metaphorically, slowly vanishing into nothingness.

Shoes and prosthetics such as these are made by the patients, who are also trained in other forms of self sustenance skills.

Waiting to be seen by Dr. August Otto Beine.

The girl the doctors are hovering over declined to be photographed. But she said no with a shy smile, so it’s all good.

On Wednesdays, the home provides 1 kg of free vegetables to the families of patients that live with them. On other days it’s mutton and rice. The distribution of these rations is managed by the residents of the home.

The first building at the home to come up.

These wheelchairs are also made by the residents of the home, along with shoes and prosthetic limbs.

These wheelchairs are also made by the residents of the home, along with shoes and prosthetic limbs.

Residents of the home cart out food to the wards where other patients are housed.

This is Raju. He is the nurse, caretaker and all round caregiver for the wards where the critical stage patients reside.