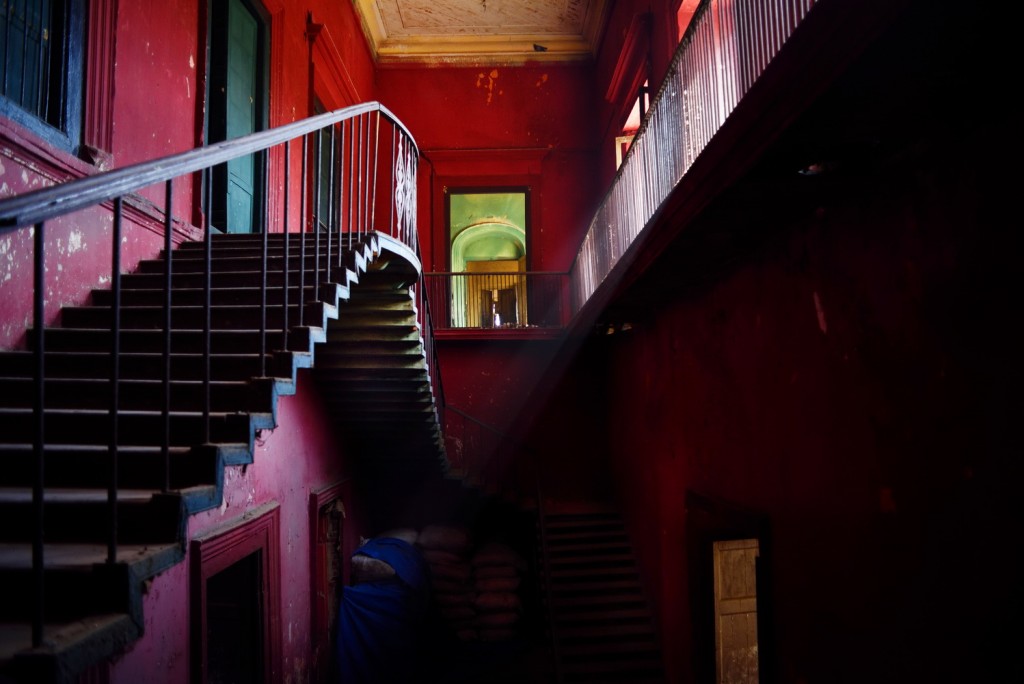 “Its interiors were once adorned with expensive carpets and exclusive chandeliers. The gardens blossomed with flowers and fountains made the ambience livelier. A marvellous piece of European style architecture …. the Khursheed Jah Devdi in Hussaini Alam”

“It was constructed by Paigah noble Nawab Fakhruddin, who built several other palaces in the city including the Iqbal-ul-Daula Devdi and Jahanuma Devdi. Artisans from European countries completed the structure,” explains M.A. Qayyum, former Assistant Director, Department of Archaeology and Museums.

What looked like a boring morning filled with boring shots (not to say that the photographs below are spectacular by any measure) turned into something quite wonderful when we chanced upon the Khursheed Jah Devdi. The plan was to walk from Charminar to Chowmahalla Palace and photograph the sights, sounds and people along the way. Plans are over rated.

We spent close to 40 minutes photographing the outside of the palace and just as we were getting ready to leave, a barely there door opened and out peeked a goat. Goat stopped peeking eventually and sauntered out to do goat stuff. Goat was followed by young boy who led out other goats. The palace was birthing goats.

Soon enough, we were inside and exploring. The walls are painted in bright hues of magenta and green. Why? The Telugu film industry, Tollywood for short, used this location as sets for some films. They painted the insides. Did up the place. Only to abandon it.

“It’s a bridesmaid’s dress. Someone loved it intensely for one day, and then tossed it. Like a Christmas tree. So special. Then, bam, it’s on the side of the road.”

That remains the state of most heritage sites in Hyderabad though. Once fawned over, the darling of conservationists and the government alike and now tossed aside. On the side of the road, like Marla says.